Coming to the end of a year, it is perhaps the best time to look at all those leading trends around the world. Undoubtedly, there is one trend I guess no one has missed: Fake news.

Yes. Fake news has been sweeping the nations. Everyone is talking about fake news on social media. I know, ‘fake news’ is nothing new. Back to the old times, rumors and misinformation happened all the time. However, it still becomes a term that we throw around a lot these days. It has been around us in many ways for all generations and social media is probably the birthplace of this phenomenon.

As of the third quarter of 2016, Twitter averaged at 317 million monthly active users while Facebook had 1.79 billion monthly active users. A recent survey conducted by Ipsos Public Affairs for BuzzFeed News found that a total of 23% of the more than 3,000 respondents list Facebook as a major source of news for them, with another 27% citing it as a minor source. 83% of them felt the fake news headline they recognised were accurate. 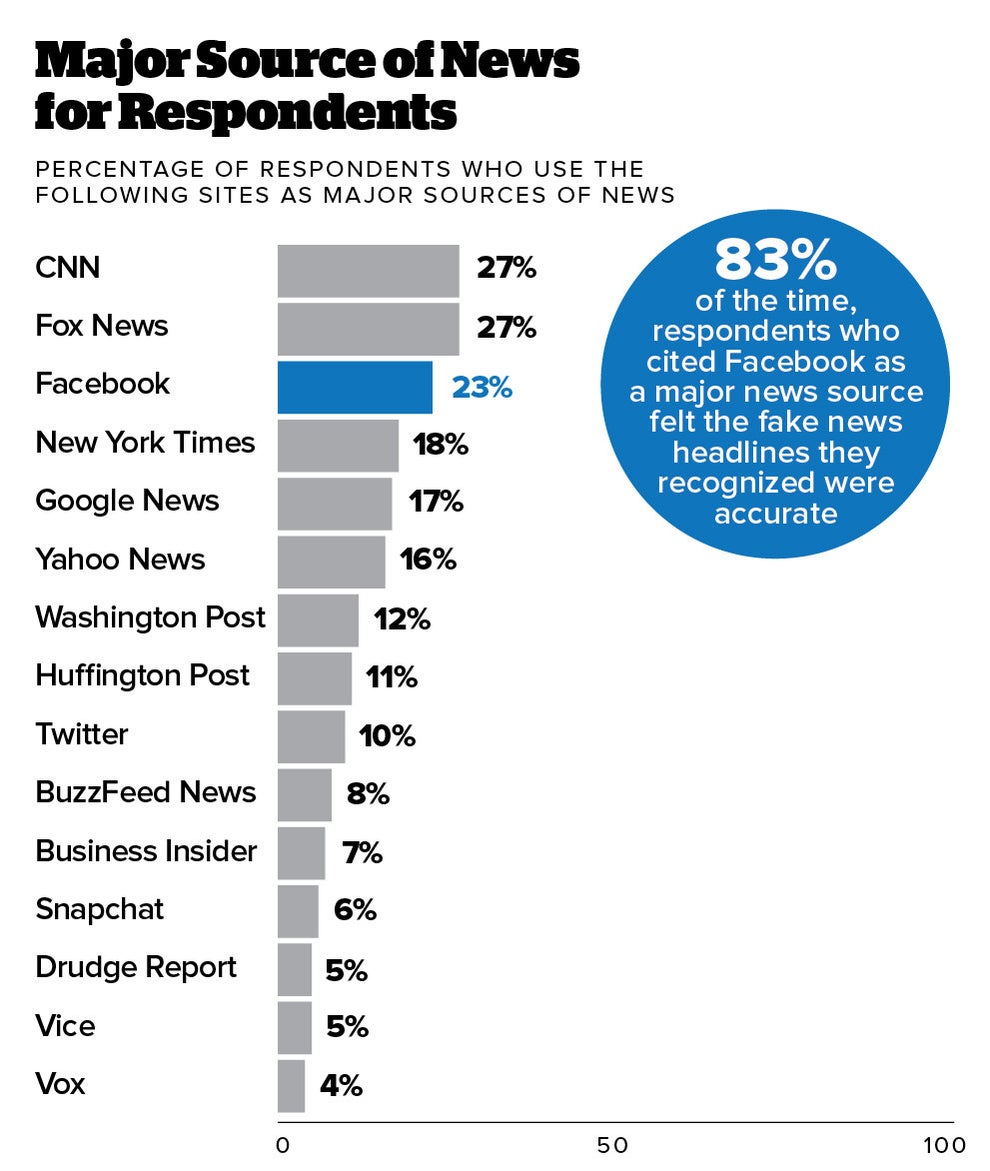 On Facebook and Twitter, the fake news has been a perpetual problem this year. Social media allows the rapid spread of information. The reason why false news is so prevalent on social media is because it is too easy to share a piece of news by hitting a “Share” or “Retweet” button. You don’t have to persuade your friends or followers about what you think. You are simply sharing on your own belief. However, people always underestimate the huge impact behind the share buttons. False information spread quickly in a minute, even though you didn’t intend to do so.

This trend has especially generated lots of attention during during the U.S Presidential election period. Fake news stories about Donald Trump and Hillary Clinton started to circulate heavily on social media. If the election has taught us anything, maybe it’s – fake news sells. The result of it tells us how influential is social media and how people can be influenced by fake news.

Online fake news has dominated the discussion during and after the election. Even though the presidential election is over, some fake news is still being shared more than factual news. (lets talk about it later~) The impact of online fake news is not limited to the United States, but it is now a global problem. Many other countries are concerning how the rise of fake news pose threat to their governments and political campaigns.

And now, Facebook and Twitter are both facing the mounting criticism over how fake news may have influenced the presidential election’s outcome. The entire society is urging the social media platforms to curb the fake news phenomenon.

“If we are not serious about facts and what’s true and what’s not, if we can’t discriminate between serious arguments and propaganda, then we have problems”

Hillary Clinton also warned that fake news “can have real world consequences” during her first public speech after losing the presidential election. She urged the private and public sector to combat the numerous false reports, propaganda and malicious stories that had been spread over the past year.

“This isn’t about politics or partisanship. Lives are at risk. Lives of ordinary people just trying to go about their days, to do their jobs, contribute to their communities.”

“It’s imperative that leaders from the private sector and the public sector step up to protect our democracy and innocent lives,”

However, the real problem with social media is the speed with which falsehoods are spread and the difficulty of providing countervailing corrective information. Now, Facebook and Twitter both states that they would not tolerate such misinformation by taking pointed aim at fake news sites’ revenue sources. Although such steps should have been done long ago, it is still good to see these two leading social media platforms are finally doing something on fighting fake news.